This disease is caused by a tiny bacterium called chlamydia trachomatis, small enough to enter the cells of the genital mucosa and cause discomfort throughout the area.

Chlamydia is a fairly common sexually transmitted bacterial infection. It usually affects mostly women, but in men it also has a relevant significance.

Although mortality from chlamydia (or its complications) is uncommon, it’s estimated that almost 4 per cent of women and 2.5 per cent of men around the world are carriers of this infection or have had it in the past. Most are under 25 years of age.

This disease is caused by a tiny bacteria called chlamydia trachomatis, small enough to enter the cells of the genital mucous membranes and cause discomfort throughout the area.

Such is the frequency of this infection that, in countries such as the United States, chlamydia is the most frequent bacterial cause of sexually transmitted diseases (STDs).

This bacteria can be transmitted from person to person by direct contact with infected genital mucous membranes, especially if there are suppurative processes or secretion of pus (since the microorganism not only causes it but also has a predilection for these body fluids).

In many patients, chlamydia does not cause specific symptoms until a couple of weeks after the initial infection, increasing the risk of new infections during this stage. Among the most frequent symptoms are discomfort when urinating or during intercourse, constant mucus secretion – genital and urethral purulent and some fever and general malaise.

The diagnosis is usually clinical, given the characteristics of the disease at the genital level and lower urinary tract. Other studies include microbiological culture and precise polymerase chain reaction (or PCR).

Because this is a bacterial-type infectious process, treatment consists of the administration of antibiotic drugs to which the bacteria in question is sensitive. Antibiotics of the class tetracyclines and macrolides are usually used.

What causes the disease and what is its pathogenicity mechanism?

The infectious agent of chlamydia is the bacteria chlamydia trachomatis, one of the species of the genus chlamydia, which also includes chlamydia psittaci and chlamydia pneumonie (important exponents of bacterial types of pneumonia that are difficult to treat).

Chlamydia trachomatis is much smaller in size than most bacteria, making it an obligatory intracellular microorganism because it has difficulty producing its own nutrients and requires the protein of other cells.

To survive, the microorganism requires a living eukaryotic cell (such as those of the genital mucosa) to provide them with nutritious substances while serving as a refuge from the external environment.

Once inside the cells, the cell wall of bacteria (with a highly antigenic substance called lipopolysaccharide or LPS) generates an immune response that translates into inflammation and irritation of the epithelial tissue of the vagina or penis with the presence of mucus and purulent secretions.

How is it transmitted?

Infection with chlamydia trachomatis occurs through sexual contact with mucous membranes or fluids infected with the bacteria.

This occurs through unprotected sex without barrier methods (such as a latex condom) between a woman and a man.

Statistically, the degree of transmissibility increases in people with homosexual sex or other unprotected sexual practices such as oral sex.

Also, having other sexually transmitted infections, especially if they cause genital blisters or ulcers (such as genital herpes or syphilis chancre), plays an important role in spreading the bacteria. This is because the integrity of the skin and mucous membranes is impaired and there is no protective barrier that prevents the direct passage of bacteria.

Genital mucosa is not the only one that can store and transmit bacteria. The oral or ocular mucous membranes can be a reservoir for disease. In these locations, the bacteria produce even more obvious and painful lesions.

How can the bacteria reach the conjunctiva of the eye or mouth?

It is simple: it’s usually self-inoculation (rubbing the eyelids after touching the genitals and being infected with chlamydia trachomatis).

The most frequent manifestations of chlamydia in newborns are neonatal conjunctivitis and bacterial pneumonia.

What are its symptoms?

The symptoms of chlamydia are often confused with those of other sexually transmitted infections (STIs) because they are relatively similar.

Among the most common symptoms of chlamydia are:

Rectal infection with chlamydia trachomatis causes proctocolitis (inflammation of the rectum and the last portion of the colon).

Can a contagion be asymptomatic?

It often happens that an initial infection does not generate visible signs and symptoms until after a couple of weeks. Especially in men, where the detection of suppurative fluids is usually less evident.

Differences between men and women

Women’s vaginal canal offers a nutrient-rich environment for the bacteria, so the proliferation is usually faster than in men and is detected earlier, as it usually produces more inflammatory symptoms in the mucosa.

The risk of acquiring the infection is increased in patients who have the following characteristics:

How to prevent it?

It’s advisable to abstain from sexual relations with multiple partners in a short period of time, especially if the person’s background is unknown. Regular and proper use of a latex condom also significantly reduces the transmission of the disease.

How is it diagnosed?

These samples can be analyzed as polymerase chain reaction (or PCR) that offers a high rate of reliability in diagnosing agents of infections.

This test consists of taking part of the genetic code of the microorganism and subjecting it to an amplification process. When the nucleotide sequence of the bacteria is revealed, it’s compared from a previously established database and the cause of the infection is defined.

This test is performed in specialised laboratories and despite being somewhat expensive, it is very reliable.

More conventional tests include serological tests, which determine the specific antibodies that the immune system produces to fight a given infection.

Also, tests can be performed on urine samples when it’s suspected that the bacteria has ascended through the urinary tract and colonized organs such as the bladder (cystitis) or prostate (infectious prostatitis).

When there is a suspicion of ocular trachoma, the sample is taken from the purulent tear secretion that oozes from the eyeball. 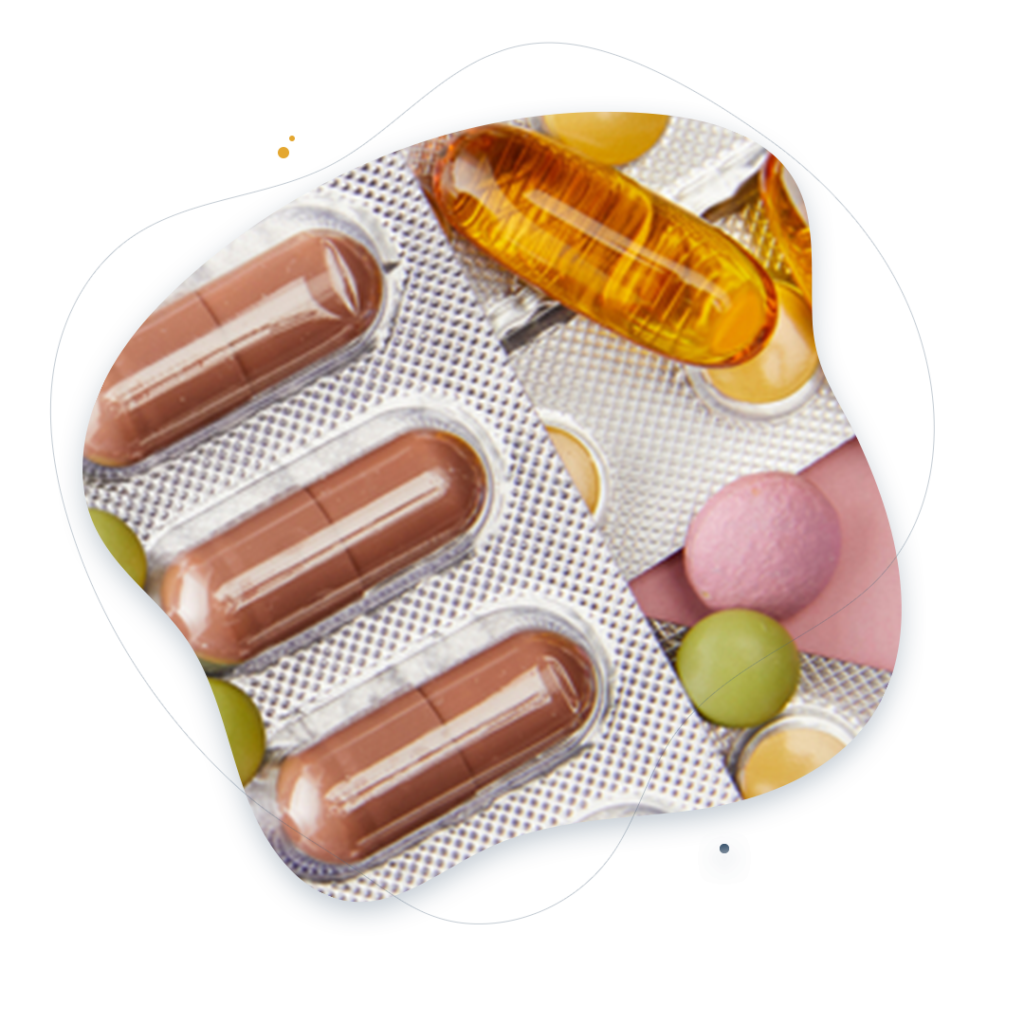 How to treat the disease

Among the most commonly used antibiotics are tetracyclines (such as doxycycline in several oral doses) or macrolides (such as azithromycin or erythromycin in a single oral or intravenous dose).

Penicillin and its synthetic derivatives have little or no positive effect on the treatment of chlamydia trachomatis because it lacks a cell wall (it is a gram-negative bacteria), for these antibiotics to destroy.

It’s recommended that, a few weeks after the administration of the antibiotics chosen by the treating doctor, the patient should have a clinical consultation to evaluate the evolution of the disease.

Are there any re-infections after treatment? Until when is it still transmissible?

In this section, it’s important to highlight two key elements of chlamydia.

First, having had chlamydia in the past does not offer immunity to possible new re-infections (which are quite frequent, in fact). This is because it’s difficult for the immune system to develop effective antibodies to this infection because, in most cases, the bacteria does not pass into the bloodstream and remains localized.

And, secondly. The infection will remain transmissible until the antibiotic treatment reduces the number of urethral secretions (where the bacteria is conducted to the outside of the body and invade other bodies).

However, for a couple of months couples with chlamydia (or one of them, if applicable) must have sex with latex condoms and preferably vaginal sex.

What are the most common complications?

The two most serious complications in chlamydia patients are ocular trachoma and lymphogranuloma venereum. Ocular trachoma usually occurs by auto-inoculation from the genitals. The treatment corresponds to the administration of intravenous or oral antibiotics and instillations of ophthalmic solutions. It can lead to partial or total blindness if it does not receive intensive treatment.

Lymphogranuloma venereum (or LGV) occurs when bacteria invade the lymphatic pathways of the body and cause the formation of blisters, which manifest as ulcerative inflammations in the lymphatic pathways. It causes a lot of pain and in some cases, surgical removal is required. The treatment of LGV involves the administration of antibiotics.